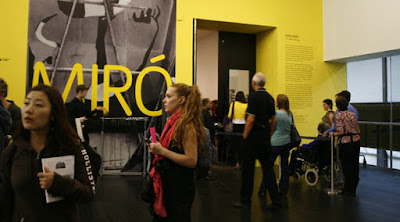 Joan Miró, the Catalan master of color and drawing, is being given a major retrospective at Tate Modern in London in what marks the first major showcase devoted to the surrealist master at the gallery in nearly 50 years.

“Miró: The Ladder of Escape” offers a detailed look at the surrealist master’s work from all chapters of his career through a 150-piece selection of paintings, sculptures and prints on loan from museums and private collections from all around the world. Curated by Marko Daniel and spread across 13 rooms of Tate Modern, the exhibition offers a journey in the colorful universe created by Miró (1893-1983). 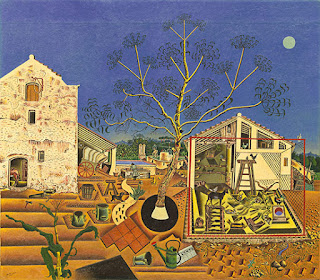 It should be noted, though, that entering into and strolling through this colorful universe is not that easy, as Tate Modern is crammed with art lovers coming to see the show.

Looks of astonishment are on the faces of the exhibit’s visitors as the secrets and lesser known details of Miró’s six-decade career are unveiled in the show. One can sense how Miró’s childlike naïveté widens the imaginations of onlookers, particularly from the crowds filling the first rooms of the exhibition, which are devoted to the artist’s early work.

The first room houses paintings depicting his family home while the second room hosts his paintings of Catalan villages. Among works on display in the third room is his famous “Dog Barking at the Moon,” while in the fourth room are displayed his pastels on paper and his series called “Metamorphosis.” 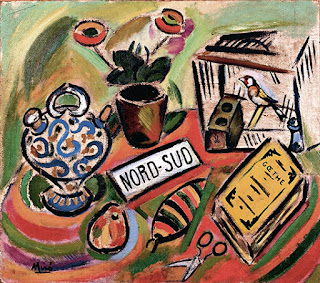 Starting from room five, Miró’s “Barcelona series,” made up of 50 black and white lithographs, some of which date to as early as 1936, is on view. The faces Miró depicted on this massive work look as though they embody the artist’s cry against the dictatorial regime in his country.

The sixth room of the exhibition houses a gigantic canvas on which Miró wrote a tiny poem. The seventh room hosts works from his later periods with samples from his watercolors and gouaches. His bronzes are displayed in the ninth room beside a self-portrait of the artist, making him all the more “visible” in art lovers’ minds.

The 10th room is devoted to three of Miró’s lesser-known canvases on loan from private collections arranged to match with several of his other colorful canvases in which greens, oranges and reds are interspersed in the forms of lines and spots. Room 11 is devoted to his series of “Burnt Canvases,” offering visitors a play on light and shade. Towards the end, in room 12, hang three gigantic canvases that show a Miró who increasingly started to harbor himself in the abstract. The last room hosts his wooden and bronze sculptures and his sketches.

Although fewer in number, Miró’s works with political implications are also featured in the show. Joan Miró was a famously quiet man but in this Tate Modern exhibition, his works speak for him, recounting an epic story to visitors. “Miró: The Ladder of Escape” runs until Sept. 11. For more information: www.tate.org.uk