‘Warhol in Motion’ traveling to İstanbul 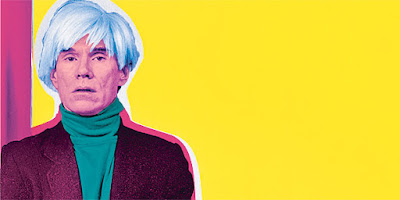 Pop art pioneer Andy Warhol, one of the key personalities that defined the 20th century, and best remembered for the expression,“15 minutes of fame,” is coming to İstanbul next month with a selection of his groundbreaking works.


“Warhol in Motion,” a 24-day exhibition of Warhol’s film, video and Polaroid works, will be on display from June 8 through July 2 in three separate galleries run by Galerist -- Galatasaray, Akaretler and Tepebaşı.

It should be noted in the beginning that it was not an easy task to bring this selection to İstanbul. The exhibition is the result of lengthy discussions between Galerist and the New York-based Andy Warhol Foundation for the Visual Arts and The Andy Warhol Museum in Pennsylvania, the İstanbul-based Galerist says.

İstanbul art lovers are actually not completely unfamiliar with Warhol’s work; in 2001, the city hosted an exhibit titled, “Andy Warhol with His Art and Life” at the Yapı Kredi Kazım Taşkent Art Gallery.

The upcoming show at Galerist might be a good opportunity to further learn about this pioneer of the pop art movement who once said, “If you want to know all about Andy Warhol, just look at the surface: of my paintings and films and me, and there I am.”

Born Andrew Warhola, Jr. on Aug. 6, 1928, in Pittsburgh as the fourth child of a working-class family of Slovakian immigrants, Warhol did not have too brilliant a childhood, often sick and bed-ridden and an outcast at school. This early period of his life served as an important phase in the development of his personality and skills and as an artist, as he later described, because he used to spend those bed-ridden days drawing pictures and collecting photographs of movie stars.

His artistic talent was discovered at the School of Fine Arts at Carnegie Institute of Technology in Pittsburgh (now Carnegie Mellon University), where he studied during the late 1940s. He then moved to New York City and started a career in magazine illustration and advertising, which shot him to fame during the early 1950s. From then on, he became a staple and a dominant figure of the thriving fine art scene in New York. For Warhol, everything that formed American culture was material for art. By incorporating all those “things” into his art, he turned himself into an icon of art. For him, “pop was everything.”

The three-section Galerist show will be made up of works Warhol created between 1962 and 1968 in The Factory, his New York City studio which he converted from an old hat factory. As well as highlighting Warhol’s art, the Galerist show will also remind viewers of such popular personalities as Dennis Hopper, Mick Jagger, Joan Collins and Liza Minnelli, who were among Warhol’s patrons and/or circle of friends.

The exhibit and a series of side events that will accompany the upcoming show are aimed at bringing to the fore not only Warhol’s works as a pop artist, but also his pioneering work in such fields as film and fashion, the gallery says.

Among works to be featured at Galerist Galatasaray are his films “The Chelsea Girls,” “Haircut No. 1,” “My Hustler,” “Bike Boy” and “Outer and Inner Space”; the silent film portraits “Screen Tests,” and the album cover he designed for “The Velvet Underground & Nico,” while the Galerist Tepebaşı will host screenings of his films including “Lupe,” “Empire,” “Camp,” “Mario Banana Nos. 1 and 2,” and “Sunset.”

Warhol’s philosophy in his own words
With only a month to go until the opening of the exhibition “Warhol in Motion,” it might be good to read “The Philosophy of Andy Warhol (From A to B & Back Again),” Warhol’s 1975 book that features his taped conversations with Interview Magazine editor Bob Colacello and artist Brigid Berlin. In the book, also published in Turkish by Sel Publications under the title “Andy Warhol Felsefesi,” Warhol reveals everything about himself through a series of ironic quotes about love, beauty, fame, work, time, death, economics, success and art, among other topics. It might also be a good idea at this point to research what the French philosopher Jean Baudrillard said in his assessment of the pop icon, who once said he wanted “to be a machine.”